Why did it take a virus to bring the people back together?

This very question, asked by the boy in the video, brings upon a self-reflection, leading to a chain reaction that leaves a lasting impression.  Skies were full of smog and cars zipped by, we did not give a second thought as people died.  As we stayed inside and the earth began to heal, we all were brought together united as steel. – Rob

There it is…that moment when everything seems so clear. When you think the dust is settling and you are about to open your eyes to what feels like the aftermath of a terrible storm.  The world suddenly stops spinning for just a moment and you begin to take another look.

You sit in silence,

the fear of the unknown. -Kristen #COVID19

It was a world of waste and wonder… of poverty and plenty.  Back before we understood why hindsight’s 2020.

The emotions overcome you and you realize that this is no longer your vision. The vision you planned, nurtured, and were about to execute… the one that your heart got swept up in.  Now, your mind is exploding in a full-blown sprint, and you find yourself chasing it down hoping to catch up to what seems out of reach… the reassurance that everything will be okay.  And then the moment begins to fade and a new feeling sweeps over you.  After a long pause, something begins to grow within.  It is like you have to pinch yourself as a reminder that you are there and that you can take control.  This is a moment.  The moment of realization.  One that you open your eyes to when life changes overnight! -Kristen

It is staring you right in the face.  A new idea or possibly a better way.  Something that you never saw coming until it fell straight into your lap or better said, has you in a complete choke-hold.  Yes, that is the moment.  The one that tells you every bit of your being is about to change.  Life as you knew it is taking on a new vision, a new version.  A better version… one of yourself and how you will create an impact.  This is the moment that you “dust off your instincts” and begin to live once again! -Kristen

When we found the cure and were allowed to go outside… We all preferred the world we found to the one we left behind.

“The Great Realization” is now when the 2020 vision was all of a sudden turned upside down, people were quarantined, schools were closed, businesses slowed, and people began to connect with one another.  As relationships strengthened and flourished, we took the time to take walks, breathe the fresh air, and notice that the sky was no longer filled with planes.  At night, stars could be seen, animals were safer, and less cars buzzed past as we sat on our porches enjoying the quiet. 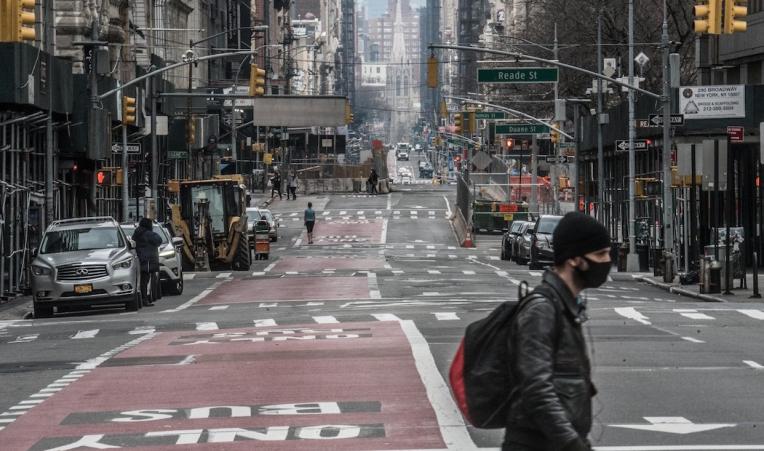 Many people approached the scenario with anxiety and apprehension, but soon an Ahh ha moment occurred as we slowed our pace to appreciate one another and our beautiful earth with all of its natural beauty.  When we began to take notice, children began expressing that they missed school and their teachers.  Teachers learned new technologies because they missed their students and classrooms.  The need to connect became apparent, and our focus shifted to what was important… the simplicity of human connection. – Rob

There are moments when “human connection” feels out of reach as we attempt to navigate these uncharted, murky waters.  A new journey with a new path, one that doesn’t have a map, let alone understanding.  It is going to take a village to lift us to higher ground, Life-lines are within reach.  Those lifelines come in the form of colleagues, administrators, students, parents, family, friends, and even strangers.  “Needs” would override “wants” and soon relevance begins taking shape within a learning space that once had to persuade others that technology could find purpose in their learning.  It is here.  Relevance is speaking and with it, purpose is driving out room for doubt.  In turn, interpretation and perception have moved to the forefront of communication begging empathy and understanding to take hold.  How will we merge these two worlds? – Kristen

Could this result in closing the gap between “poverty and plenty” or between those youngsters who are plugged in and those who would much rather have a conversation?  Perhaps, this unwanted pandemic will yield a positive change… even more connections to one another… cultivated relationships… new technologies learned… a more efficient and empathetic… perhaps a kind perspective with grit and perseverance to maintain human connection. – Rob

Rob Wottawa is currently the Director of Art, ENL, Music, and World Languages in the East Islip School District on Long Island, NY. As a leader, he works to approach all situations with a kind empathetic lens to support the grit that is needed to accomplish the goals of his teams. Since completion of his doctorate in 2015 he has presented his research in New Mexico, Salt Lake City, and Long Island on Advice to First-Year Teachers. He recently completed a study with a Math professor from Stony Brook University on Parents’ Perceptions of Math and Math Education. Personally, Rob shares his time with his wife and two girls on Long Island. Where they love to cook, bake, and read together. In his spare time he enjoys mountain biking, road biking, running, and performing on various instruments. He hopes he can make his family proud!

An educator for the last 23 years, Kristen Nan’s passion for building relationships with her students, colleagues, and community continues to ignite change for the better! Kristen has served as an emotional support teacher, learning support teacher, and classroom teacher from Pittsburgh, PA. In addition to her current role as a 3rd-grade teacher, Kristen is an author, national speaker, consultant. With keeping a future-ready mindset at the forefront for every child, she has been recognized as an award-winning educator for innovative practices. Kristen’s recent release, “ALL IN, Taking a Gamble in Education” is co-authored by Jacie Maslyk and focuses on the importance of risk-taking, chances, and building relationships between teachers and administrators.